The much-loved Isle of Man Food and Drink Festival will return to the Villa Marina Gardens in Douglas this September, with headline sponsorship from local company Bally’s Interactive.

Revellers will be able to sample the finest creations from more than 70 local producers ranging from fizz and artisan breads to sizzling sausages and thirst quenching ice lollies.

A number of new producers including Ventosus Micro Winery will also debut their products alongside the usual mix of demonstrations, talks, food eating competitions and live music on 17 and 18 September, between 9am and 5pm.

Bally’s Interactive’s Ben Wood, said: ‘The Isle of Man Food and Drink Festival is one of the best community events on the Island and we’re delighted to be involved with it, especially as it supports so many other local businesses.’

More information on new and exciting plans for this year’s event will be revealed in the build-up.

Clare Barber MHK, Minister for Environment, Food and Agriculture, who organise the event, said: ‘Every year the festival brings together the Island’s best producers and welcomes thousands of food and drink fans to learn all about them and try their creations.

‘A huge thank you to Bally’s Interactive for sponsoring this event, as well as Magnet (IOM) Ltd who are supporting our Cookery Demonstration tent. These partnerships are vital to the festival’s success.’

Anyone who wants to discuss sponsorship packages can call 01624 687520 or email hayden.armour2@gov.im.

Isle of Man Food & Drink Festival to go ahead this weekend 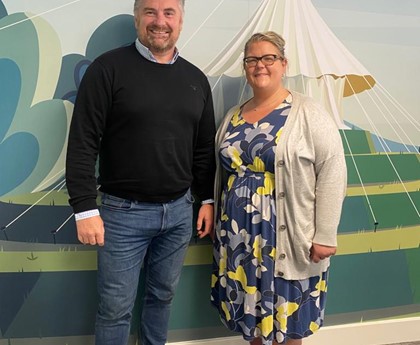