For any newcomers, who are you and what do you do?

Bottle Monkey is a modern beer business, with an award-winning bottle shop & tasting room in Douglas. From here we promote independent craft and world beer. We are also about to open our own on Island community brewery and event space, where we will be producing beers and hard seltzer or Manx Boozy Water as we like to call it.  At the food and drink festival we will be serving a selection of our drinks for people to try.

When did you establish your business?

Our business was established in 2017, meaning we’ll be celebrating our 5th birthday the week of the Food and Drink Festival.

What inspired you to begin?

A difficulty being able to get the craft beers I enjoyed on the Isle of man led to homebrewing my own, and then wanting to start a brewery of my own which we are about to do. We are looking forward to selling our own Manx-produced craft beer alongside some of the best beers produced across in the UK, and further afield.

How has your business grown since then?

We have grown from what was originally a pop-up beer events business into the only specialist bottle shop on the island with the widest range of craft and world beer available in one site. We have also taken on a second premises which is in the process of being turned into a local community brewery where we can produce our own beers and Manx Boozy Water. This space will also allow for local homebrewers or people looking to try their hand at brewing commercially, to rent time with our equipment and assistance to produce their own beers; a brewery incubator if you like.

Where are you based and what does that community mean to you?

We are based in central Douglas but our second site will be in the south of the Island. Our community has been created through a love of really good beer and we have received support from all over the Island that has kept us going through a couple of difficult years for everyone.

What does the Isle of Man Food & Drink Festival mean to you?

The Food and Drink Festival is a flagship event for us and one we were lucky enough to attend for the first time last year. We have helped other producers in previous years hosting food and beer pairing in collaboration with the Alpine, but having our own bar showcasing Cloie, our Manx Boozy Water for the first time was a great experience. It allowed us to get feedback from the great Manx public on a new product and talk directly with people about what we do.

Which other local producer(s) are you most looking forward to seeing this year?

No one producer in particular - the best thing is actually wandering around and seeing the variety of producers we have on the Island in one place, and discovering ones you didn’t know about!

What’s on the horizon for your business?

We have recently won a national award for being the UK's best independent beer retailer, and this has been followed up by a feature in a leading industry magazine which has opened a few doors for us in events-based collaborations. At the moment, our main focus is to get our new community brewery and event space up and running as soon as possible.

What is your signature dish/product?

We are known for providing the best craft beer but probably our most unique and surprising product is our self-made Custard water, a 4.2% alcoholic water that looks like water but tastes like and has the mouthfeel of custard! Take this, and mix it with our rhubarb hard seltzer and you have mixed up your own little retro sweet shop flavour! We sold out of both the rhubarb and custard drinks on the first day of the Food and Drink Festival last year. On the beer side, we are hoping to be able to make our first beer to serve at the festival if everything goes to plan, but you'll have to wait and see on that one! 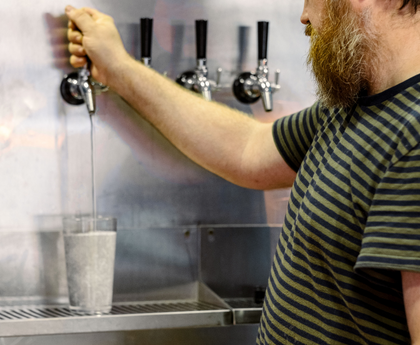 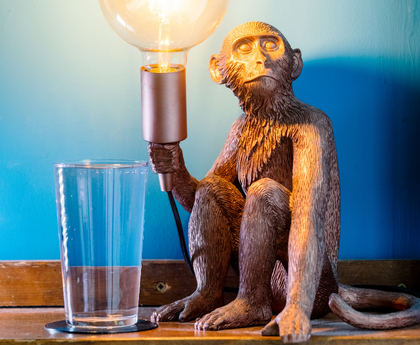 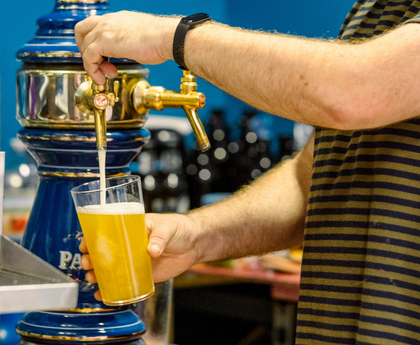